What Are Cannabis Concentrates?

Weed concentrates are products that are made by separating resin from the flowers in order to extract the maximum amount of cannabinoids and terpenes, without the unnecessary plant material Cannabis concentrates.

Cannabis resin contains trichomes—tiny outgrowths on the flowers where most of the plant’s cannabinoids and terpenes are synthesized.

Cannabis concentrates are concentrated THC and CBD extracts of cannabis flowers, which also contain a plethora of other active compounds like cannabinoids and terpenes.

Today, with new technologies and methods, cannabis concentrates are easier to make than ever.

Which is good, because concentrates are packed with several times more cannabinoids than regular dried flowers, and their potency can reach up to 90%.

When consumed carefully and in moderation, concentrates can be safely used by both medical and recreational users alike.

The more trichomes a plant has, the higher the potency of the end product will be.

Concentrates can be found in many cannabis products, from edibles to oils and tinctures. They can also be consumed in their purest form by using additional equipment such as dab rigs and vaporizers.

Since they are so potent, the high you get from concentrates is almost instant and lasts for about 1-3 hours.

There are many different types of concentrates on the market. We recognize several common types, based on the way they are extracted and the part of the plant that’s used for extraction. 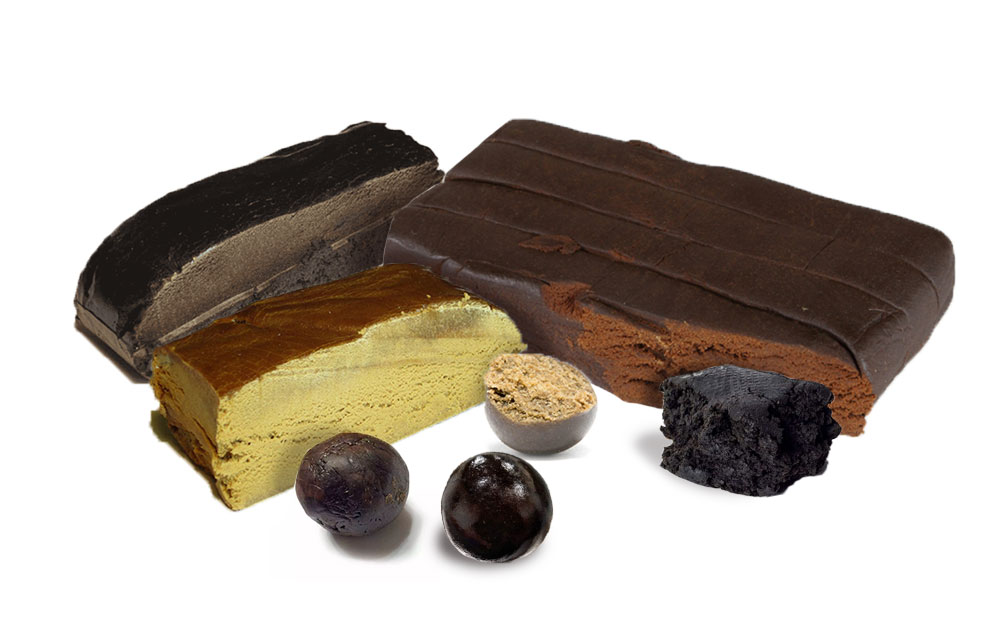 This famous cannabis concentrate originated in North India and slowly expanded to the Arabian peninsula and then Europe.

Hash is a cannabis concentrate that is made by separating trichomes from the plant material and then forming the resulting resin into a coherent mass.

There are several types of hash:

How to Use Hash?

You can either smoke hash or consume it in an edible by decarbing it.

Putting hash in edibles is recommended if you are trying to avoid smoking—you can easily bake hash brownies, which are always a good choice.

Smoking is a traditional way to enjoy hashish:

Hash can also be smoked with a bong or in a pipe.

I personally like to use a hookah to smoke hash.

Sugar wax is another concentrate made through butane extraction and it looks just like it sounds—shiny, sticky, and crumbly.

Cannabis strains that contain terpenes which are particularly prone to retaining water are better for making sugar wax. Know that if you are trying to make shatter, it can sometimes turn into wax because of the terpene contents.

Since the process of making sugar wax also involves butane, it’s not safe to make it by yourself. 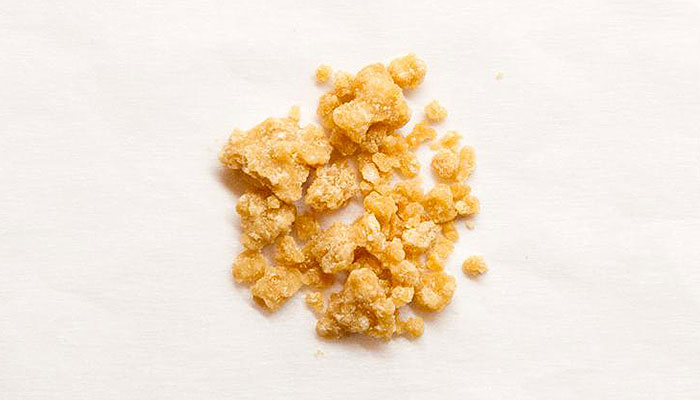 Budder is something between shatter and wax, but it’s also made using butane hash oil extraction.

What separates it is the purity: Budder has fewer cannabinoids but is richer in terpenes. Also, budder is not as solid as shatter, and it’s more wax-like which makes it much easier to use.

To use budder, put it in a bong or pipe, add it to a joint or blunt. Just like with all of the above.

The process of making crumble is very similar to other wax varieties, but with one important difference—the temperature of purging.

After the initial solvent extraction, the rest of the product is left on low heat so the solvent can evaporate gradually. This is the best way to keep the full flavor of the concentrate.

Crumble is easy to use: Just scoop it and pack it into a bowl.

It also works great for every type of dabbing. Crumble easily loses moisture, so it’ll turn into dust-like crumbles quickly. It’s important to keep your concentrate in a sealed container, in a cool place.

This is the latest method of cannabis concentrate extraction. Freshly harvested buds are frozen and then the resin is extracted from the flowers.

This method of extraction is complicated, requires laboratory equipment, and is not something you can do at home, so it’s better to buy live resin at your local dispensary. 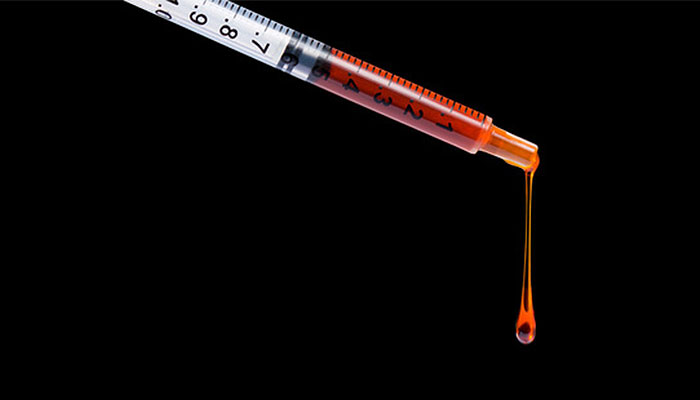 This type of oil uses carbon dioxide for extracting the resin. The end product is a pure, liquid concentrate that’s usually used in vaporizers and vaping pens.